The Floatation-Bath is an egg-shaped sensory isolation tank, which includes more than 2,000 cups of Epsom salt, an important source of magnesium sulphate known for its healing and soothing properties. The door to the floatation-bath is counter-weighed, thus permitting the customer to adjust the door to his or her personal preference.

Due to the natural buoyancy created by the high salt concentration, you will float effortlessly in silky water that is maintained at natural skin temperature (35 °C), allowing both mind and body to let go entirely, and drift into a state of deep relaxation. The Floatation-Bath experience is a gateway to the benefits of meditation, and similarly leads to losing track of space and time. This unique treatment can also help individu­als access various levels of consciousness that are difficult to achieve on their own in everyday life.

A Floatation-Bath session allows you to experience three phases of discovery. First, you will access a state of physical awareness, followed by a state of surrender that allows slowly coming to terms with the weightlessness; and lastly, you will reach a phase of very deep relaxation that only a Floatation-Bath can offer.

Spa Ovarium, a pioneer of Floatation Baths in Montreal, has over 30 years of experience with regards to maintaining the quality of the water in its Floatation Baths to the industry’s highest standards. Click here to view analysis results conducted on our saline solution samples by the independent laboratory Bodycote
Water analysis test report (format pdf), Click Here!

The ultimate seal of exceptional quality, the Spas Relais Santé® certification of excellence, is only bestowed on establishments that meet the highest criteria in matters of professionalism, quality of care, water quality and hygiene. In addition to being subject to regular visits by anonymous inspectors, each certified spa is governed by stringent quality requirements as defined by the highest industry standards. Thus, all Spa Relais Santé® members adhere to a strict code of ethics and offer a wide range of services and treatments provided by professionals with proven and recognized qualifications.

The Virtues of Epsom Salt

Floating in Epsom salt is floating in a natural relaxant; a health therapy that provides Magnesium and Sulphate to your body.

The benefits of magnesium sulphate on health:

The benefits of Sulphate:

The benefits of Magnesium: 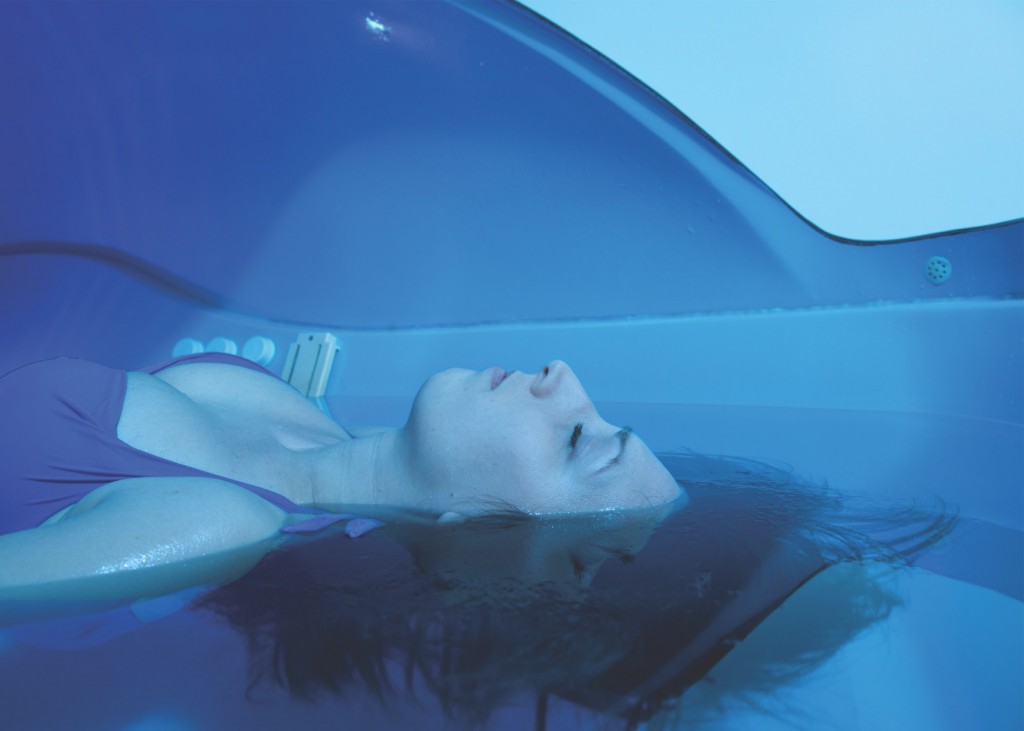 John C. Lilly, an American doctor, neuroscientist, neurosurgeon, psychotherapist and author, invented the Floatation Bath in the 1950’s. A pioneer in the study of consciousness, he develops his own tools during his long career amongst which is the sensory isolation tank.

Throughout the world, several relaxation centers offer the Floatation Bath treatment. In Sweden, an association is working towards getting it recognized by their health-care system.

The Floatation Bath is a bath whose goal is to isolate the senses from external stimulation: total darkness, silence, neutral temperature and a feeling of weightlessness. Sensory Isolation brings a deep uncommon relaxation as well as several benefits for the mind and body. The specific environment of the Floatation Bath allows the freeing of 90% of the central nervous system, which instigates a rebalancing of the body also called homeostasis. In fact, on top of reinforcing the immune system and contributing in the reduction of negative stress, the Float Bath provokes the harmonisation of the two brain hemispheres, a balancing of the body and a deep muscular relaxation.

Most Float Tanks are equipped with a door in order to experiment with sensory isolation and its benefits. However, and this is good news to the claustrophobes, those at Spa Ovarium are equipped with a door suspended by a counter weight allowing the door to be kept fully open or closed, or any degree in between. Also, to adapt to everyone’s needs, control is given to the user to freely control the lighting within the shell, and/or listen to relaxing music.